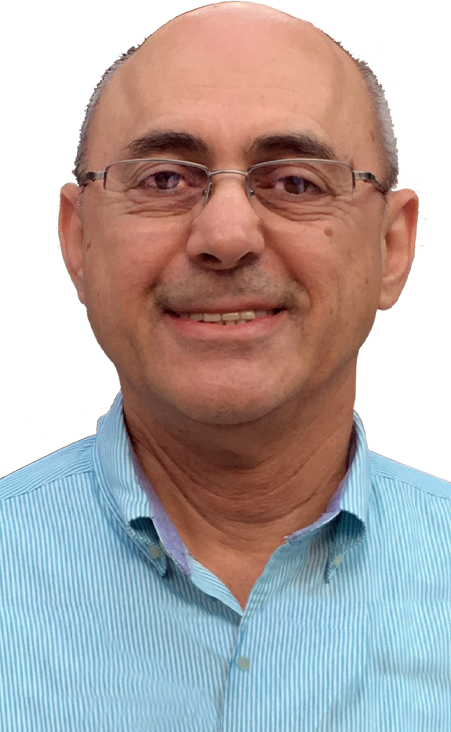 Recently, members of the GE Energy Consulting team and the GE community had to say goodbye to one of our own, Dr. Bahman Daryanian. Bahman passed away on August 11 after falling ill in July.

Prior to joining GE, Bahman worked at R. W. Beck (now, Leidos/SAIC), PA Consulting Group, PHB Hagler Bailly, and Tabors Caramanis & Associates. In the mid-1990’s, he was a resident USAID advisor in Moscow, Russia and also in the Ukraine, advising on development of an electricity market supervisory office in Ukraine’s National Energy and Utilities Regulatory Commission (NEURC). Bahman earned his B.S. and M.S. in Mechanical Engineering from MIT. He also earned his M.S. in Technology & Policy Program and Ph.D. in Mechanical Engineering from MIT.

Bahman recently shared what drove him to embark on his career, “I have always been interested in social and policy aspects of technology, which is why in addition to getting my PhD degree in engineering, also studied for a master’s degree in technology and policy at MIT. Sustainability, cleaner environment, and social development are the main objectives that motivate me every day.”

Bahman is survived by his wife, Dr. Gissou Azabdaftari.

The entire team at GE Energy Consulting will miss our dear friend and colleague.

"In addition to his technical expertise, Bahman strived to bring camaraderie and collaboration to his project teams. We'll miss his positive outlook and friendly demeanor."

"I have had the pleasure to work with Bahman for 10 years at GE. He was one of the most hard-working individuals I have ever had the privilege to work with. His humbleness, level of commitment, dedication, and integrity are all words that capture my image of him. He was always up for any challenge as his enthusiasm for that next big project was infectious, and a huge component of his and Energy Consulting’s success. Bahman, a caring and beloved husband, a cherished colleague, and friend—you will be missed by many, but never will be forgotten by those who were fortunate enough to have known you!"

"Bahman is a true industry icon. His work in the areas of power economics, grid integration and distributed energy has led to major developments in the energy industry. He is a highly respected colleague and friend - I truly appreciate his guidance, mentorship and loving friendship over the many years we've worked together. Bahman, thank you for all you have done to share your endless knowledge and grow our industry in ways only you can do. We will always carry with us what you have taught and will forever remember your warm kindness and humility. We will greatly miss you. "

"Bahman was a guide, mentor and friend to me. I used to admire his work ethics, intelligence, guidance and humility in each and every interaction that we had. I feel really fortunate that I had an opportunity to work so closely with him. The loss is immeasurable for me personally and I will miss his advice and guidance dearly. May his soul rest in eternal peace and God give the strength for his family to go through this tragic time."

"Bahman was one of the most eloquent and most energetic people I have ever met. I have always admired his storytelling techniques and ability to talk extemporaneously. I had a chance to listen to some of his lectures at the GE Learning Center and it was so evident how students were engaged and admired his teaching. He taught me personally several analytic tools I still commonly use. And his enthusiasm and curiosity always amazed me: how to correctly pronounce my family name, how to learn to play guitar, how to read Cyrillic alphabet, etc. When I had some skin cancer troubles, Bahman kindly offered to see if his wife, Gissou, can help with her expertise and referrals. Gissou, even though we haven’t had the chance to meet in person, I feel like I know you a bit from the way Bahman talked about you. It was easy to recognize how much he loved you. I hope it helps at least a little to hear how much he was appreciated by others - me, for one. "

"Bahman and I first met in 2005, when he was a customer using our GE MAPS software. He was great to work with then and I had high respect for his knowledge and personality. Bahman joined GE while I was away, and I had the great fortune to work with him again when I rejoined the company. We had a lot of great discussions--some of them technical but many just as friends. I liked him a lot, he was a good person with a sense of humor and keen intelligence. Bahman was one of those rare individuals who would debate topics where we had some disagreement, but the discussion would always remain very polite and on-topic. These times were always enjoyable and I usually came away having benefited from talking with him. He was a true gentleman in every sense of the word, a great co-worker, and a wonderful friend. I know that he loved his wife very much. We shall miss him greatly!"

"I have just finalized a work started with Bahman few weeks ago. Despite my tears were falling I stopped crying as I realized that Bahman will always be with me through some of his knowledge I absorbed. Thank you to be a model for me, in and out the office. "

"I did not have much interaction with Bahman, but I remember his smile and the positivity he brought along. May his soul rest in peace."

"I have known Bahman for more than 5 years. We worked together on many projects, especially in the area of distributed energy resources. He was advocate and represented many industry forums on DERs. He will be remembered for his expertise and dedication to work, and his guidance and mentoring will be missed."

"I did not know Bahman personally as we have collaborated very rarely, but from the few occasions I dealt with him I could say that he was humble, a good listener and the kind of person to whom you never need to send a reminder, as he will answer you promptly no matter how busy he was. I will always remember him. "

"Bahman and I worked together closely for the last year and a half. Despite his working remotely, he was always treated me warmly, and he cared enough to ask me questions about my family, and other personal things I had shared with him. He was always patient and willing to help, treating questions as teaching opportunities, ever the professor helping a student. And he was always gracious - despite our age difference, he treated me and every other younger EC staff member with respect, despite his wealth of knowledge and accomplishments. I will always appreciate the short time I was gifted to work with Bahman. He was an ideal mentor, and he was my friend. I will miss him very much. "

"I have lost a personal friend and Industry has lost a technical expert. He was so humble and polite and such a wonderful coach and mentor. He was so active that it is still hard to believe that he is no more among us. May his soul rest in peace. Our prayers will always be with family."

"It is so sad that we lost Bahman... a great colleague and friend. Working with Bahman on the USTDA Smart Grid project and other projects was a great experience. Also Having you in Beijing for the customer meetings and hosting you and Gissou's visit to Shanghai in 2012 is a good memory for me. I will miss you Bahman. With my best to Gissou and take care."

"Ever smiling and full of life, gone too soon but permanently engraved something special in our hearts. Although I met him only once in Feb 2020, it was such a pleasure to meet him and know him. I was looking forward to being mentored by him, trained and even learn from him. But, he was gone too soon. Bahman was special to all of us in many ways. Rest in Peace dear friend. "

"Bahman was a wonderful colleague, mentor, and friend. He truly took an interest in people and sought to help any way he could. Bahman was such an impressive person with so many accomplishments but he was also one of the most humble people I've met. I enjoyed our Canadian business trips and working closely with him on several projects. Even when schedules were tight or things went wrong, he was exceedingly patient and understanding. I will miss his wisdom and humor and hearing about his travels with Gissou and his well cared for cat colony. He was truly a wonderful person to be around."